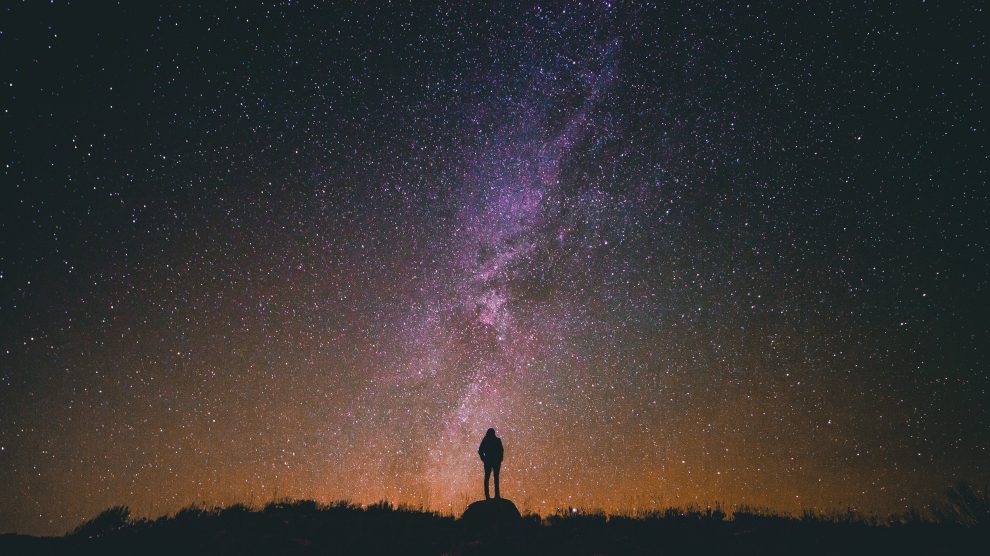 It has been said that music is the “universal language.” As music is beyond words, it transcends geographies, cultures—even time. Archeologists say they have identified human civilization’s very first song. At least the oldest record of a song. I believe that people and music most likely go back even farther. Perhaps to the very beginning.

To me, music is inherently spiritual in nature. Chinese philosopher and founder of Taoism, Lao-Tzu, said: “Music in the soul can be heard by the universe.” That’s a pretty heady and huge statement, but something about it rings true to me. One way or the other.

Music has been playing in my soul—like my own personal movie soundtrack—for as long as I can remember. Seems no matter what I’m doing, I’m moving to a groove or beat. Every moment is a melody, when I’m listening. And so I wonder if the universe can hear my music, too? Or, if rather the music I’m hearing is of the universe? Either way works for me, by the way!

One of my earliest and fondest childhood memories was watching the Ed Sullivan Show on the night The Beatles made their 1964 debut in America. Though I was barely 4-years old at the time, I can still feel that “vibe” even today. It really awakened my spirit. Something about that music resonated deeply within me. A cosmic connection was made. Maybe you experienced it, too? Certainly, many musicians today have publicly attributed that night with their discovery of their own passion for music.

How else to explain it? My parents weren’t terribly musical, after all. They kept a number of 78’s boxed up in our basement but, at least when I was a child, we had no turntable to play them on. Fortunately, my older brother and all of my friends did have turntables. And thankfully, the “Motor City” aka “Motown” was a major music hotbed in the 1960’s and 1970’s, which among other things, made Detroit, uh… an interesting place to grow up!

I began playing sax and baritone horn early on. In college, it was a Fender P-Bass until I had to sell it, along with my Sunn tube amp, three peach crates full of LP’s, and far too many pints of blood in order to pay the bills. It was near the end of the ’70’s, and the only jobs I recall being available at the time were at fast food joints. Everyone I knew who worked flipping burgers had grease burns all over their arms, so that wasn’t for me. I was so broke. Eventually, I sold my car and got really skinny for a while.

It wasn’t the fast food (all I could afford)—it was the music that kept me alive, through thick and thin. My friends and I would come together at somebody’s house packing vinyl to turn each other on to new songs and bands (and other things, while we were at it). There was a deep sense of community in those days with the music we shared. I really miss that!

Those times feel like so long ago (they say, ‘If you can remember the ’60’s, you weren’t really there…‘ which, of course, is a load of B.S.)… I rarely see any of those people anymore (an exception being that I went to my 40th high school reunion last year!). Some are not aging well. And sadly, more than a few are dead. But the good vibes have stuck with me to this day.

That’s why even now, whatever I’m doing, I’m hearing music. It’s hardly ever quiet in my head! Over the decades, the more persistent beats and grooves have metamorphosed into songs, many of which I plan to share with you here as often as I can lay them down.

I’m hoping that this “first-release” EP will actually help me get even more of this music out of my head and into the world. How so? Well, I figure if you like what you hear, maybe you’ll actually buy some of it. Maybe it will end up on somebody’s playlist. Even if just 100 people liked it, that (and a pocketful of change) would be enough to encourage me to keep going and put out the next EP. And the next. Could happen. You never know.

Somedays, though, I must confess it feels like a virtual impossibility that this music will ever see the light of day. Hard, cold music industry statistics are always a good slap in the face, which is when I’ll ask myself for the 16th-thousandth time why I’m so conceited to think that this music of mine is even worthy of being listened to in the first place.

Who am I, after all? Answer: No one knows who the hell I am! Truth be told, much of the time, I don’t even know who I am. So why should anyone else care about this nobody’s music? Must be delusional, right? I mean, I can doubt with the best of them, too, can’t I?

So then, why continue to try to create music? Yeah, it may be (is!) unlikely and may in fact be ridiculous (or even pathetically vainglorious), but what am I supposed to do—just write it all off? I mean, where did this music come from in the first place? Again, back to the music in the soul concept, can the music and the source be separated?

I promise you, I never sat down to try to write any of this. These songs were already in my head, playing, whether I liked it or not (and actually, I do like most of it). So, I consider them to be gifts. Am I supposed to reject them out of hand? And insult the giver? And who is this giver, anyway? Wouldn’t it be bad form to be so ungrateful?

That’s why, against all odds, I’m pretty certain there’s a reason these songs need to be out there, and a reason we’re both here in this moment to share them. Thank you for that, by the way! Wouldn’t be the same without you. Whoever you are. Who are you, by the way?? If you’d be so kind, please send me a note and let me know what you think.

Here’s a quote to end on. It’s a big motivator for me (that is, when it isn’t haunting my very soul)…“Many people die with their music still in them… Before they know it, time runs out.” Oliver Wendell Holmes

(Yikes!) Of course, like you, all I can do is keep pressing on, one day at a time, and believe in my heart that everything works out as it should. And that the ‘music in my soul can be heard by the Universe.’

"Life" from The Days on Earth was released January 31 and is now available for listening across the universe...

This site uses Akismet to reduce spam. Learn how your comment data is processed.